The Central Bank of The Russian Federation
The Bank of Russia
Department of Monetary Policy
Neglinnaya 12, Moscow, Russia
About digital currencies

Department of the Monetary Policy of the Bank of Russia has considered your appeal to the
President of the Russian Federation dated 07.02.2014 № 105514 and in terms of its competence
informs the following.

General Prosecutor's Office of the Russian Federation, February 6, 2014 had a meeting of the expert group under the Interagency Working Group on combating crimes in the sphere of the economy devoted to the use of  anonymous payment systems and cryptocurrencies on the territory of  Russia.The work of this group was attended by representatives of the Bank of Russia.

One of the goals of the event was to develop a unified approach to the determination of the legal status of cryptocurrencies, also it was  discussed future directions for the legal regulation of the sphere of cryptocurrencies' using and development of measures to prevent the violation of property rights of citizens and organizations in this field.

Thus the position of the meeting was not to prohibit all operations related to cryptocurrencies, the main goal was the preparation and realization of a complex of measures to prevent  the use of cryptocurrencies in illegal operations, including those related to the legalization (laundering) of proceeds from crime, as well as improving the regulatory framework to protect the rights of citizens and organizations using cryptocurrencies. 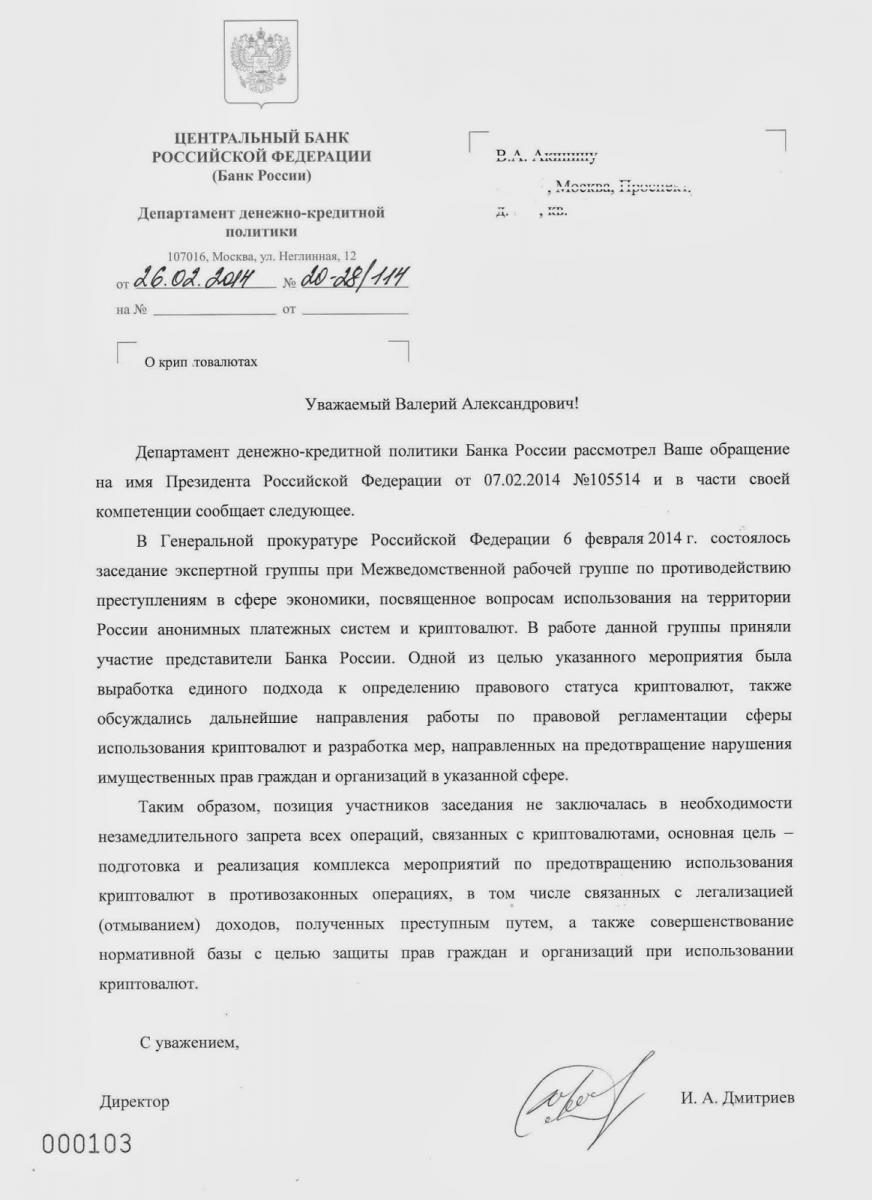